Below are a set of new 'Field proposals' which I am currently developing for a number of different exhibition contexts including Writing/Exhibition/Publication at The Pigeon Wing, London; The Department of Micropoetics curated by David Berridge and Your Future Needs You at Art Gene, Barrow-in-Furness. 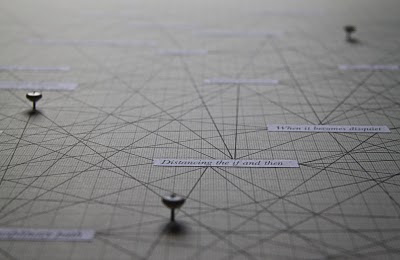 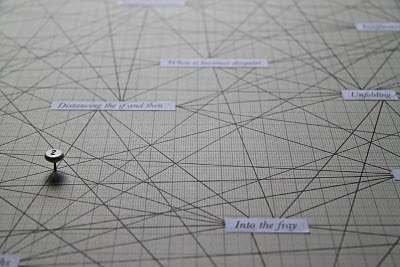 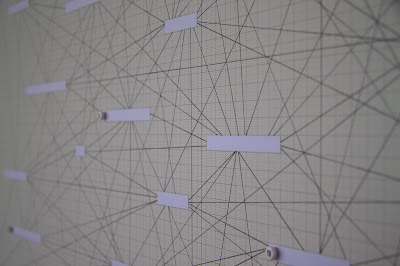 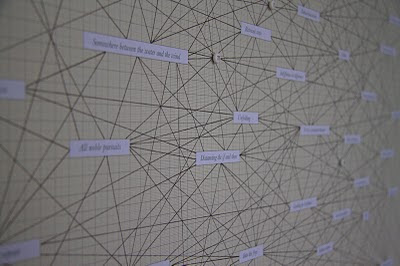 Image: Field Proposal (2) for The Pigeon Wing
Field Proposal (2) is proposition for a portable studio, the diagramming of a thinking space. The work exists as a pairing of two proposals. Part 1 uses titles from existing work in an attempt to plot the coordinates of or establish the cartography of a practice, where intersecting lines suggest the potential of as yet unnamed possibilities which for now remain indiscernible. Part 2 is largely blank, in further anticipation of this still to be navigated territory.
Newer Post Older Post Home