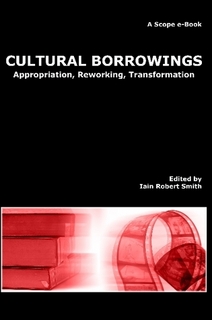 The publication Cultural Borrowings: Appropriation, Reworking, Transformation (ed.) Iain Robert Smith is now available to buy as a hard copy here. The publication was previously only available as an online resource and e-book here. Cultural Borrowings: Appropriation, Reworking, Transformation includes my essay ‘Ethical Possession: Borrowing from the Archives’ which investigates the appropriation or 'borrowing' of existing found-footage and archival material within artists' film and video through the prism of the work of Yervant Gianikian and Angela Ricci Lucchi.

I have been invited as a guest writer/reader as part of the project Extra Curricular at Spike Island. For Extra Curricular selected writers/artists/curators have been invited to suggest a text that they are currently reading or, equally, one they have read many times and frequently reference in their practice – whether theory, fiction, manifesto or any other form of 'text' – which will be used as the basis for a reading group seminar. I am not yet sure what text to propose – maybe something by Victor Turner (whose writing on ritual and liminality I have been returning to as part of my research for a book chapter for the publication Liminal Landscapes), or perhaps something in relation to productive knowledge or techne (with its attendant form of timing <kairos> and cunning intelligence <metis>)?

I am in the process of developing a new project entitled Close Readings, interested in how fragments of textual language can be used within performance as oblique strategies, as points of provocation or evocation, instruction or interruption. I propose to approach the notion of close reading or of an ‘explication de texte’ as a tactic through which to interrogate the performative dimensions of written text, for exploring and developing new strategies for presenting and interrogating language within the context of a performance based practice. Here, close reading is not understood as the critical attention paid to the meaning of words themselves as signs, but is instead interested in those meanings produced by looking at words ‘close up’, through a process of visual magnification or close visual attention. Like conventional forms of close reading, the project focuses on paying close attention to individual words, syntax and the order in which sentences and ideas unfold as they are read or presented, drawing on the Latin origins of the word explicare (as in explication de texte) which means to unfold, to fold out, set forth. The research is concerned with exploring the threshold space where writing or text collapses into its component parts (ink and page), or the point where the sense or legibility of a word is rendered illegible or nonsensical the closer it is attended to, as writing slips towards image. The intent is to rethink the term ‘close reading’ as a specific visual research method, in which language becomes subjected to close microscopic scrutiny through the technologies of film recording and projection.

I am currently working on a concept for a publication, which uses the notion(s) of condensation as the framing principle through which to draw together a body of recent and (forthcoming) writing. 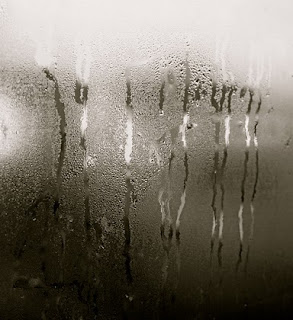 I am developing the term condensations to describe a specific mode of writing, which includes the production of condensed prose ‘sections’ (often in serial form) alongside other models of writing constructed through the assemblage of fragments and extracts gleaned from extant work. The notion of condensations as a term to describe a mode of writing is developing through reflection on the methodological connections between a number of recent projects including Pay Attention to the Footnotes, The Yes of the No!, Making Room for Manoeuvre, Re- (Writing) as well as the ongoing project Field Proposals and 'texts' produced in collaboration with Rachel Lois Clapham as part of the iterative project, Re- . More to follow soon as this project develops.
I have been thinking about the term 'condensations' after reading a short extract by artist, Haegue Yang on research as 'condensation':
"It might sound absurd to bring up a scientific metaphor to address how I would like to construct my 'output', yet it seems proper to say that I strive for a kind of 'condensation'. I imagine metaphorically that I preserve cool air in me as long as I can, until the temperature difference is so great that water drops collect in the bottle ... I believe that in such 'blind' and 'silent' communication, which feels abstract, there is a negation of learned knowledge, obtained information and individual experience that opens people up to others in an unprotected way", Haegue Yang
Newer Posts Older Posts Home
Subscribe to: Posts (Atom)