Essay/Publication: Distancing the if and then

Below is a commissioned text for the forthcoming publication 'Drawing a Hypothesis - Figures of Research', (ed.) Nikolaus Gansterer, (Jan Van Eyck Academy and Verlag Springer ). The publication will include contributions from Hanneke Grootenboer (an art historian of the early modern period) and Andreas Schinner (a cryptologist/physicist).

The text was prompted by a series of 'figures' sent by the artist Nikolaus Gansterer as the provocation towards thinking. The 'figures' included: 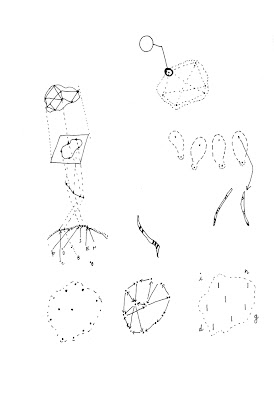 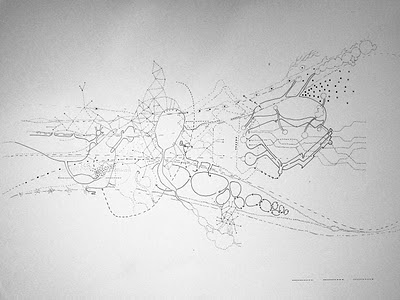 tion. My drawings serve as a visual starting point for a dialogue about ideas on ideas. The idea is a central category in philosophy and can also be considered as the driving force behind any creative process. Often this pivotal moment when coming up with an idea is mystifyed especially within arts and science. I am interested delving more into the history of ideas, their critical and visionary potential paired with dubious outgrowths. By inviting different persons from various backgrounds and professional skills (artists/scientists/writers) to participate in the project I am building up a collection  of reading and interpreting images. I am sending out a series of drawings to the participants asking for a micrology (= short explanation/text/speculation) about what they see/read in the graphic display. According to the interpretations I am creating a new series of images to circumstantiate or even negate the supposed theory. By re-returning them to the same interpretor reasking for a new micrology a chain reaction is started. This process of actually “Drawing an Hypothesis” continues as long there is an action potential between me and the interpretators'.
Newer Posts Older Posts Home
Subscribe to: Posts (Atom)