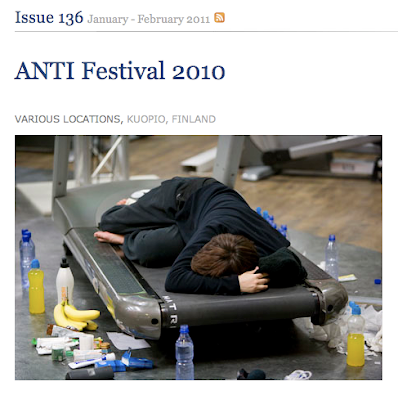 My review of the recent ANTI festival in Kuopio is in this month's issue of Frieze magazine and can be read online here.

A proposed conference paper (developed in collaboration with Rachel Lois Clapham) has been selected as part of the forthcoming PSi (Performance Studies International) conference #17, which is entitled Camillo 2.0: Technology, Memory, Experience. The proposed paper Re – (repeat, rework, rewrite, remember) will critically extend some of the debates and issues that have been emerging within our collaborative project, Re – Image: Re- Reader, Rachel Lois Clapham and Emma Cocker, designed by Marit Munzberg.
Documentation of Re- (UNFIXED), part of UNFIXED, curated by RfRS at FlatTime House, London.
Re – (repeat, rework, rewrite, remember)
Drawing on our ongoing collaborative project Re –, the performance document will be reflexively interrogated as a specific ‘technology of remembrance’, an interstitial site wherein technology, memory and experience collide. Re – is an iterative performance reading that responds to and is reworked against the specificity of each invitation to perform; it presses on two writers – and two writing practices – coming together to explore process, product and performance (of text). Re – is a conceptual framework for collaboratively exploring the tension between improvised/rehearsed; performance/document; live/recording; writing/written, the visible/invisible states of not knowing within the performed act of writing, through the collision of spoken, textual and gestural languages. Each performance stages the archive (save as) of its own coming into being, which in turn contains the trace of previous iterations. The work puts into question the relation between rehearsal, performance and documentation by blurring the line between these phases of practice, declaring them unstable categories. Each Re – reading enacts the making of its own documentation; the performance is also already the documentation of earlier dialogic thinking and making processes: there is always something that comes before. The documentation archives what is taking place whilst anticipating future action; existing as record of the ‘becoming past’ whilst intimating towards an unknown future moment, as a starting point or instructive score waiting to be inhabited again (differently). Re – explores the impossibility of singular, panoptic forms of documentation (and knowledge) that attempt to capture and archive the totality of an event, focusing instead on performance document as fallible fragment, where (analogous to memory) the shattering or splintering of documentation into manifold parts resists reassembly or recollection, remaining partial, incomplete. Counter-intuitively, perhaps, increasing the ways of documenting or archiving performance results in it being less known or knowable, less easy to grasp – evermore contingent. Fragments of documentation fragment and disperse any coherent memory of the originary event; overwhelming … losing … forgetting … editing something out in the process.  However, each fragment potentially operates as a germinal ground, a graft from which new or unexpected lines of flight might materialize. We will examine how failure or indeed refusal to fully save as can thus be generative, creating productive gaps for (re)making or reworking a performance anew.

I have been invited to contribute a text for a publication on the work of Vlatka Horvat, to coincide with her exhibition at Kunsthalle Bergen in Norway, at the end of January 2011. Horvat has invited a group of individuals – who she has worked with in the past – to each write a short text or a fragment about one of her works. Each person is invited to choose a single work or a strand of work to write about – it might be a response, an analysis, a point of departure to talk about broader ideas or connections. The publication is conceived as a collection of voices and responses, structured as a notebook of sorts, that attempts to speak to the cataloguing nature of much of Horvat’s work. The work I am proposing to focus on is This Here and That There.

The publication coincides with Horvat's exhibition, AS OPPOSED TO THE FRONT, BACK, TOP AND BOTTOM, at Bergen Kunsthall.


BERGEN KUNSTHALL – NO.5:
VLATKA HORVAT
AS OPPOSED TO THE FRONT, BACK, TOP AND BOTTOM
21 JANUARY – 20 FEBRUARY
OPENS FRIDAY 21 JANUARY AT 8PM 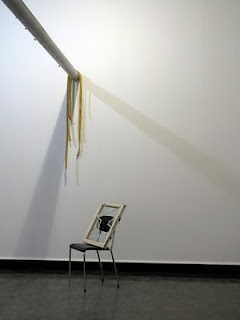 Vlatka Horvat’s exhibition can be seen as a stage in an ongoing process for the artist, since she is here continuing her long-term iterative investigations of spatial qualities and relations. With a well established artistic strategy, where the method involves picking the existing apart, cutting out, folding/bending or weaving together photographic, textual or physical elements, she creates new, fictive potential for the relationships between space, body and object.
For the exhibition in NO.5 Horvat will be showing a major installation, as well as several new series of works on paper. Thematically, she has focused her exploration around the concepts of ‘the edge’ and ‘the centre’ as both spatial/physical and conceptual phenomena. Inherent in this is the idea that edges connote boundaries and limitations, whether in physical conditions like place and space, or in social relations in the form of normative expectations of interpersonal behaviour. Not least, the edge constitutes a concrete, defining entity when it comes to image production, since the framing does a great deal to determine the reading and the status of the picture. What is inside and what is outside? Where is the beginning and where is the end of an object, an image, or space? The notion of the centre meanwhile brings about a range of related concerns, as physical and spatial centrality tends to evoke questions about power and agency. Working through ideas related to the middle and the margins, the center and the periphery in this exhibition allows Horvat to explore both the visual economy of images, as well as the broader political and social implications of reconfiguration of images and space.

12th January – 14th February 2011
Bonington Gallery, Nottingham Trent University
A version from my serial project, Field Proposals will be shown as part of the exhibition, Wanderlust. Wanderlust presents a travel metaphor to mark out the places we wish to travel to through our work. Selected works pertain to a sense of travelling (whether spatially or conceptually), a speculative directionality or movement towards the future. The Field Proposals are an ongoing attempt to map or give shape to the conceptual landscape of a practice, where the identification of specific coordinates fails to provide any coherent or definitive structure, instead only revealing further zones of indeterminacy. The work obliquely refers to a process of mapping an indeterminate (conceptual) territory; the coordinates themselves often referring to processes of wandering, getting lost, border crossing, searches, quests, and the failure to arrive at a definite destination.
Background to exhibition: Wanderlust speaks of the places, real, imagined and metaphorical, that we travel to through our practice as artists, designers, thinkers and educators.  It invokes the desire to wander exploring the world as we find it, often straying from the path and discovering a new route.   This exhibition is a snapshot survey of experimental practice across the range of disciplines in the School of Art and Design.  The works featured demonstrate the complex process of creation undertaken by practitioner / researchers within the School community.  Wanderlust is curated as a dialogic space, where varied and diverse practices are placed in proximity to each other, opening up possibilities of new discourses, collaborations and projects.

Below are some images of Re – (Unfixed), a new version from the iterative series Re – developed in collaboration with Rachel Lois Clapham. The work was shown at John Latham’s Flat Time House, as part of the exhibition UNFIXED curated by Reading for Reading’s Sake. The installation was presented in conjunction with a version of the Re- (Reader) (designed by Marit Munzberg). Re – (Unfixed) was periodically interrupted (or perhaps even activated) by a live reading. 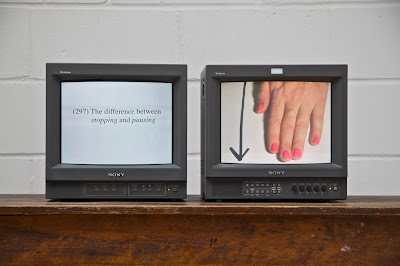 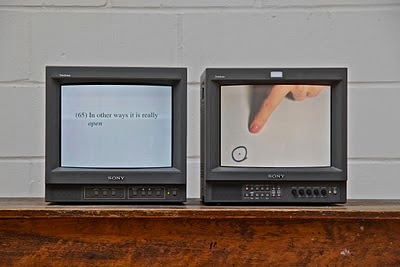 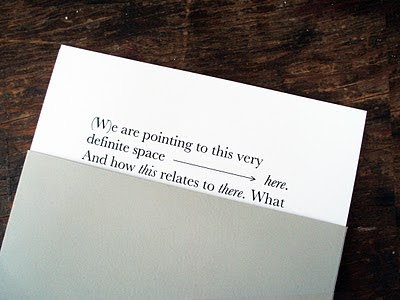 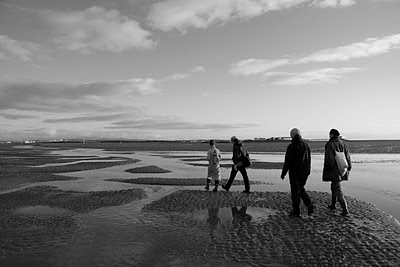 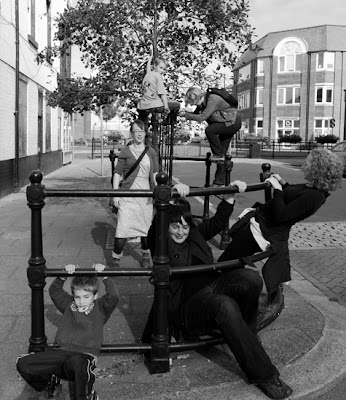 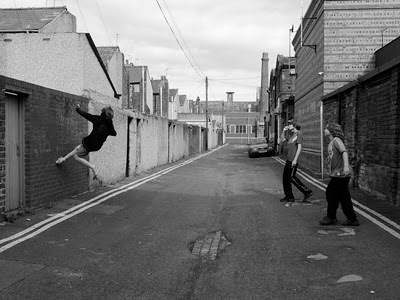 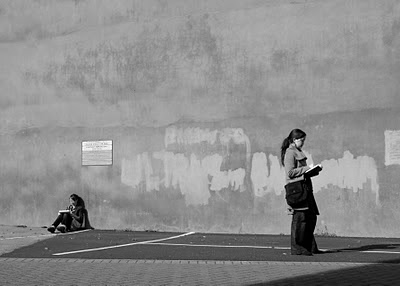 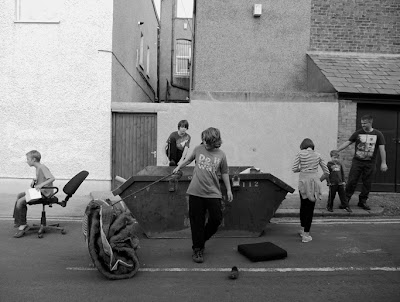 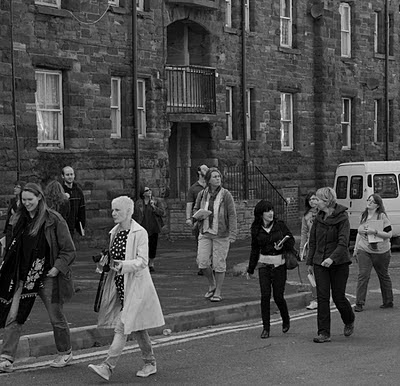