Research Collaboration: Beyond the Line (Part 2) 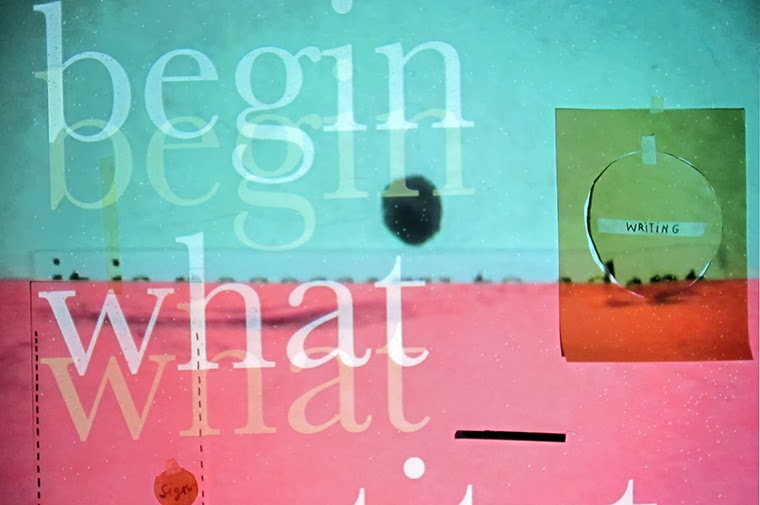 In April, I will be collaboratively developing the 2nd phase of the pilot project Beyond the Line in Bonington Gallery, Nottingham. Beyond the Line is an international, interdisciplinary collaboration involving artist-writer Emma Cocker, artist Nikolaus Gansterer (Vienna) and choreographer Mariella Greil (Vienna), for exploring the points of slippage as the practices of drawing, dance and writing enter into dialogue, overlap and collide. Cocker, Gansterer and Greil will inhabit Bonington Gallery as an experimental ‘method laboratory’ for staging an encounter between choreography, drawing and writing; between body, mark and text. 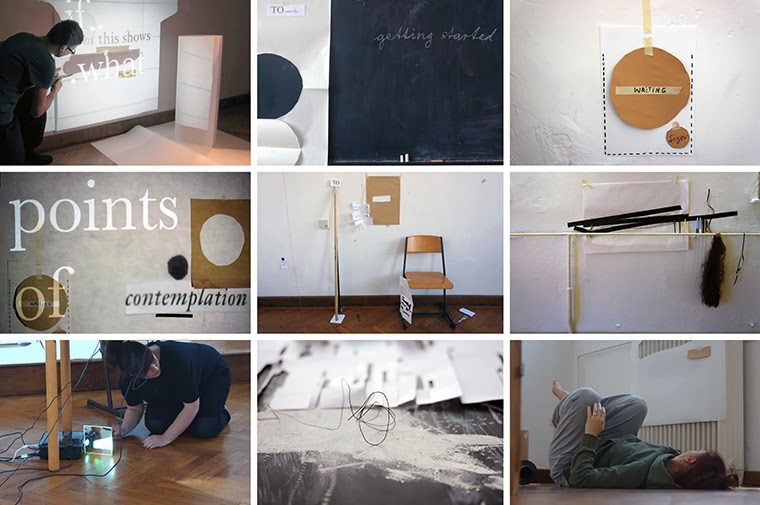 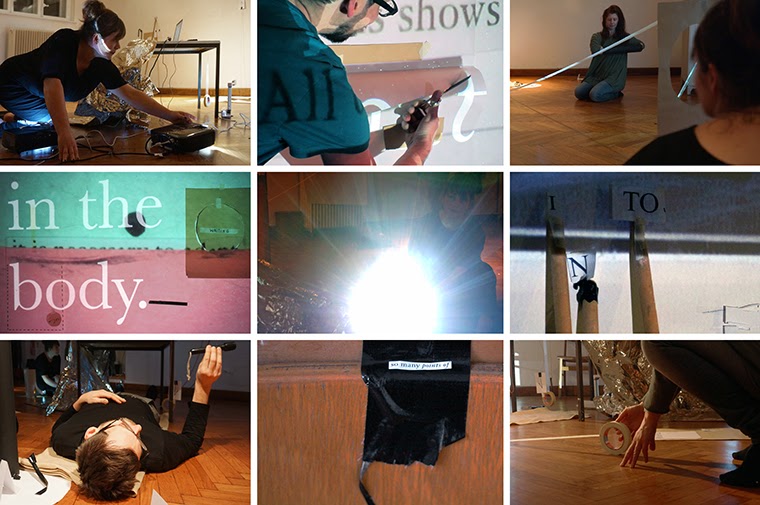 Beyond the Line is conceived as ‘test-bed’ for exploring collaborative methods for working between and beyond the disciplinary lines of drawing, dance and writing. Ideas and working processes emerging from Beyond the Line will be developed further as part of a 3-year collaborative research project between Cocker, Gansterer and Greil entitled Choreo-graphic Figures: Deviations from the Line 2014 – 2017 (funded by the Austrian Program for Arts-based Research, PEEK). Glimpses of the unfolding ‘method laboratory’ will be made possible through a live-feed video stream that can be viewed in Bonington foyer. The ‘laboratory’ will also be open to the public at scheduled times where the artists will be ‘in-residence’ to share their working processes. Images - from Beyond the Line (Part 1), WUK, Vienna, December 2013 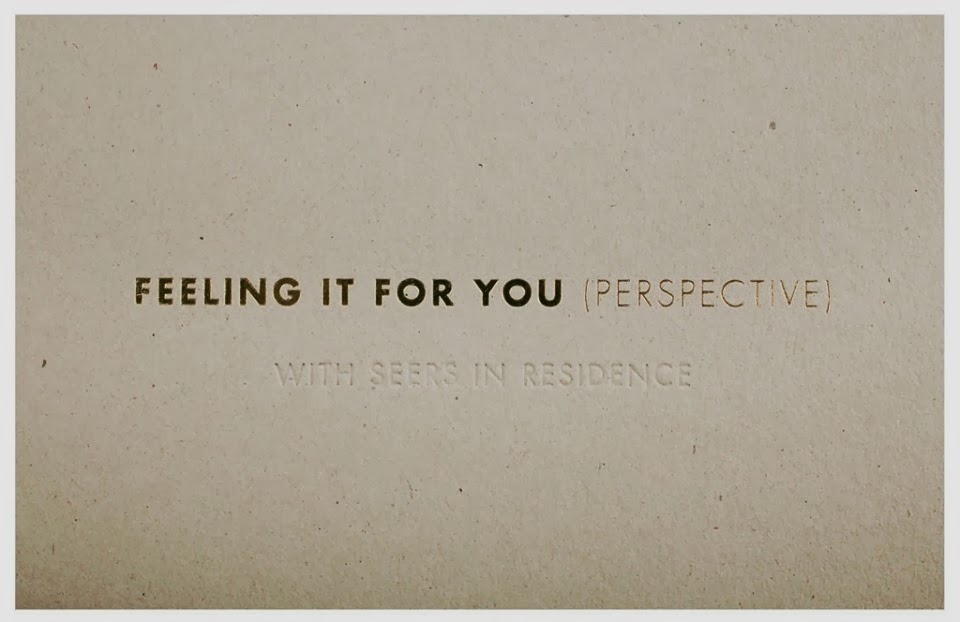 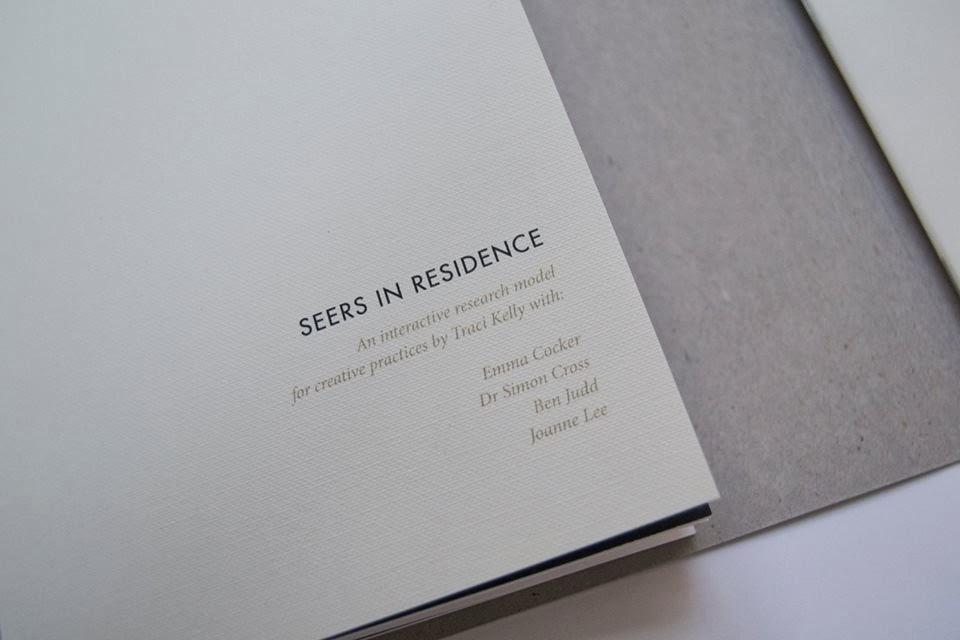 The publication Seers-in-Residence (to which I have contributed both text and image) will be launched on 5 February at Bonington Gallery, Nottingham, with readings and performance. Seers-in-Residence is an interactive research model for creative practices by Traci Kelly with: Emma Cocker, Dr Simon Cross, Ben Judd and Joanne Lee. Seers-in-Residence was an invitation issued by Traci Kelly to Nottingham Trent University researchers to spend time with the evolving monoprint installation Feeling It For You (Perspective) which was exhibited in Bonington Gallery, January 2013. The project investigated the eclipses and slippages of a live art practice through a series of micro residencies.

As part of this event, I elaborated on my introduction to the publication, entitled Stepping Towards Stepping Away, which used the motif of the bridge for exploring ideas around artistic research models.

“To step onto a bridge is to abandon something of the terra firma of solid ground, as a step towards the other is a step away from oneself, one’s comfort zone. A bridge can lead first in the direction of open water before it reaches the far shore. A vertiginous pleasure can be experienced in stepping off, into the brink, away from what is known or certain. A bridge is not always constructed for the purposes of getting to the other side. There are certain perspectives that can be encountered only by inhabiting the points between, by relinquishing fixed positions, through loss of stable ground.

To engage in artistic research is one of inhabiting a bridge – to locate oneself between the competing and at times contradictory demands of art world and academia. Henk Borgdorff describes artistic research as ‘boundary work’ highlighting its borderline status, where the ‘boundary objects’ emerging through the process of artistic enquiry have the capacity to change their “ontological and epistemological nature depending on the context”. Artistic enquiry is distinctly slippery, the knowledges emerging therein often hard to discern in concrete terms, not always measurable by quantifiable outcome. Traci Kelly’s Seers-in-Residence project took place in Bonington gallery at the same time as attempts to catalogue and rank research activity within the university system (through the Research Excellence Framework) was reaching fever pitch. In many senses, the project highlighted many of the attributes of artistic research activity that the REF process bypasses or fails to measure: a focus on the process rather than the product of artistic enquiry; the importance of an open, speculative approach; the value of saying ‘yes’ to something without knowing its outcome in advance; the importance of generosity and opportunity within artistic labour – of invitations issued and seized, of time given without expecting anything back in return, the necessity within shared research practices of trust and goodwill. The project advocated a model of exchange, not in order to maximize resources nor capitalize on the expertise of many, but instead perhaps to put the idea of individual research practice into question, for in a gesture towards the other the limits of the self are rendered porous, vulnerable. Yet, the Seers-in-Residence project was not so much a critique of those systems which attempt to measure and attribute value to research based on outcome, based on the originality of individual enquiry, but instead one of affirming the importance of other ways of valuing artistic enquiry. A research culture is a living, breathing ecology – that needs to be nurtured with due care and attention. Projects that support germinal activity, the seedbed of ideas and emerging thought, are as critical to this ecology as those that are established, leading in their field. Any ecologist or even common gardener will be able to tell you about the delicate balance between the established and the emerging, and about the need to support new growth. Artistic research needs space and time, but sometimes the quick, short or responsive opportunity is as important as any large scale or long-term project”. 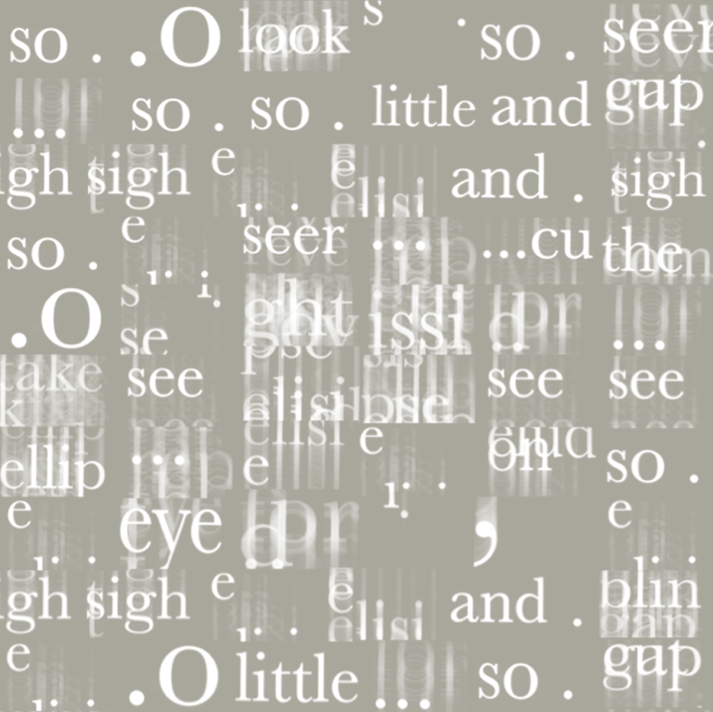 I have been invited to contribute to a new independent editorial project, Pretentious Writings #001