Drawing on Drawing a Hypothesis, a video 'performance lecture' work made in collaboration with Nikolaus Gansterer is going to be exhibited as part of the following biennale. 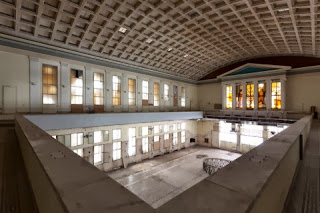 Given that 2011 was the year of protesting and dreaming dangerously, 2013 prompts us to think responsively and come up with useful ideas and suggestions. At a time when the financial crisis in Greece and elsewhere is reaching a highpoint, the 4th Athens Biennale (AB4) cannot but respond to this bleak situation through a pertinent question: Now what? This year the Biennale will set out to explore creative alternatives to a state of bankruptcy. Using the empty building of the former Athens Stock Exchange as its main venue, AB4 proposes AGORA not only as a place of exchange and interaction, but also as an ideal setting for critique. Contrary to an idealized image of the ancient agora, this new AGORA points to a radical re-orientation in thinking—one that entails judgment, ruptures and conflict. As a contested space where multiple theses and doctrines emerge, this AGORA cannot be taken for granted: it aims for pleasure and purpose; it opts for the carnivalesque and the ambiguous, for the significant as much as the insignificant. AGORA draws on the notions of the assembly and the assemblage. Conceived both as a living organism and an exquisite corpse, it is formulated through a succession of objects, collaborative events, performances, roundtable discussions, film screenings, workshops and educational programs. In AGORA works and theses evoke that which is urgently needed at this particular moment: an engaged subjectivity, an unearthing of timely attitudes, a reevaluation of artistic strategies, a deconstruction of mystifying narratives.

Publication: On Not Knowing: How Artists Think 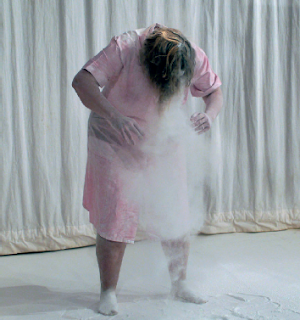 The publication On Not Knowing: How Artists Think (eds.) Rebecca Fortnum and Elizabeth Fisher (Black Dog Publishing, 2013) to which I have contributed a text 'Tactics for Not Knowing: Preparing for the Unexpected' and two artist's pages (in collaboration with Clare Thornton and Rachel Lois Clapham respectively)  is now available here.

How far does our openness to aesthetic experience, and new forms of knowledge, depend on our capacity to enter and indulge states of wonder and awe, doubt and failure, ignorance and play? How critical are these conditions to the creative process? How do artists invite the unknown into their creative practice? On Not Knowing brings together contemporary artists and thinkers from a range of disciplines to explore the role of ‘not knowing’ within the creative process. The state of ‘not knowing’ or engaging with the unknown is an important aspect of all research. For artists it is crucial, as the making process often balances a strong sense of direction with a more playful or meditative state of exploration and experimentation.
Contributions include:


Dennis Atkinson, Pedagogy of the Not Known
Phyllida Barlow (in conversation with Elizabeth Fisher), Unidentified Foreign Objects
Sonia Boyce and Sarah Cole in conversation, Gulp
Emma Cocker, Tactics for Not Knowing – Preparing for the Unexpected
Cornford & Cross, Mobilising Uncertainty
Elizabeth Fisher, In a Language You Don’t Understand
Rebecca Fortnum, Creative Accounting – Not Knowing in Talking and Making
Rachel Jones, On the Value of Not Knowing – Wonder, Beginning Again and Letting Be
Ian Kiaer, Studio
London Fieldworks, Towards the Reification of a Wandering Mind
Office of Experiments, On Being Overt- Secrecy and Covert Culture
Gary Peters, Ahead of the Yes and No – Heidegger on Not Knowing and Art
Jyrki Siukonen, Made in Silence? On Words and Bricolage
Andrew Warstat, Unteachable and Unlearnable, The Ignorance of Artists

Event: In Imagination - The Future reflected in Art and Argument 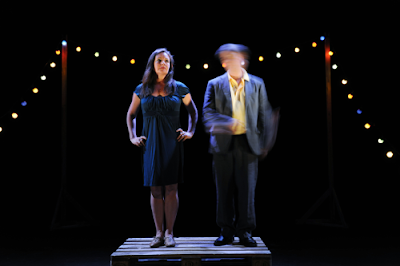 I will be giving the  closing key note presentation at a one-day symposium, In Imagination: the future reflected in art and argument, in conjunction with the UK premiere of Forced Entertainment’s Tomorrow’s Parties, at the University of Sheffield, 4th October 2013.


Humans are capable of a unique trick: creating realities by first imagining them, by experiencing them in their minds. When Martin Luther King said "I have a dream", he was inviting others to dream it with him. Once a dream becomes shared in that way, current reality gets measured against it and then modified towards it. […] The dream becomes an invisible force which pulls us forward. By this process it starts to come true. The act of imagining something makes it real. Brian Eno, ‘The Big Here and Long Now.’

Comprised of keynote papers and two panels, and featuring a variety of speakers from both professional performance and academic worlds, In Imagination: the future reflected in art and argument will address ideas of imaginative spaces, determination and conceptual summoning as well as discussing the use of theatre as a tool to speculate, predict and conceptualise. The event is organised around two panels: (1) Imaging the Future/Perceiving the future: exploring the prophetic possibilities of imagined worlds, their reflection and affect on the present, and the cognitive relation of the mind to making actual; and (2) Performing the future: Can performance evoke/anticipate the future? How might it do so? By what means can theatre speculate, predict, conceptualise or otherwise open up a future space? Opening Keynote by Tim Etchells and Terry O’Connor (Forced Entertainment); Closing Keynote by Emma Cocker (Nottingham Trent University). Confirmed speakers include Steven Connor (University of Cambridge); Matt Adams (Blast Theory); Joe Kelleher (University of Roehampton); Cathy Shrank (University of Sheffield); Johan Seibers (UCLAN); Carmen Szabo (University of Sheffield); Jess Edwards (MMU); Fabienne Collignon (University of Sheffield).

Proposed paper: What now, what next – kairotic imagination and the unfolding future seized


Taking its point of departure from Forced Entertainment’s new performance Tomorrow’s Parties, this presentation considers two different modes of future-oriented imagination operative within creative practice, shifting attention from the future as it is imagined within art and argument (as projection or ‘vision’) towards an understanding of an ever-emergent future that is endlessly seized and inhabited through the live and improvisatory act of imagining. Turning from the product (what is imagined) towards the process of imagining, the intent is to explore how within artistic practice the creative production of the future (as different or otherwise) is perhaps less one of planning or proposing future-possible worlds, but rather emerges through the restless capacity for conceptualizing an insurgent ‘or’. Contraction of the word ‘other’, ‘or’ does not simply present an alternative to a given reality (according to the binary logic of either/or, this or that) but instead might be considered a site of repeated intervention and invention (or … or … or), disrupting the illusory continuity of the past>present>future (all is, as was, as will be) in search of multiple lines of flight. Here, the imagination is conceived as a kairotic capability, an improvisatory tendency located at the threshold between the ‘as is’ of the present and the ‘not yet’ of the future, that fleeting moment of opportunity wherein things might change or else remain the same.