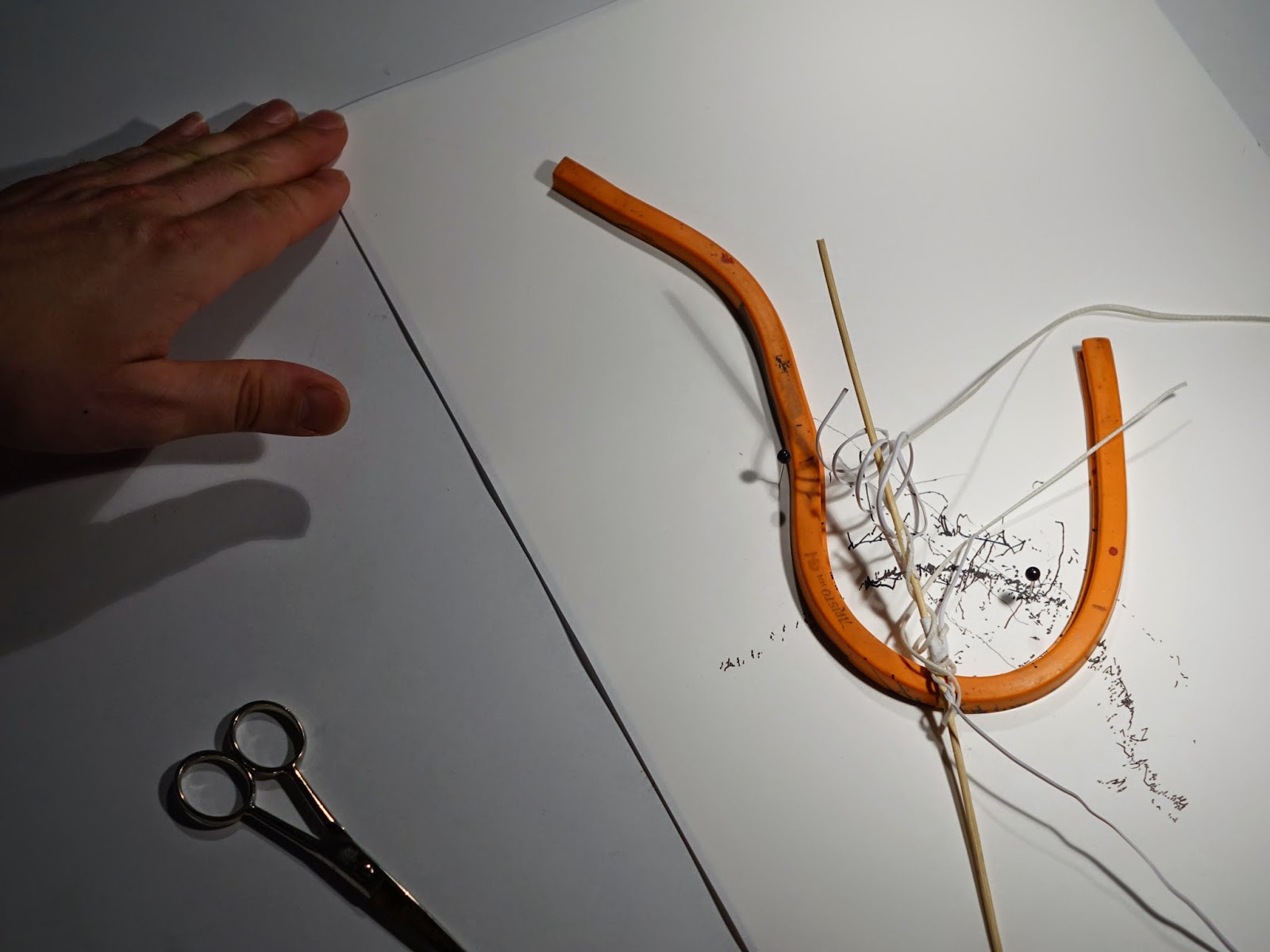 A public workshop and live investigation of the current research project Choreo-graphic Figures. Deviations from the Line by Nikolaus Gansterer, Mariella Greil and Emma Cocker specifically exploring the performative character of notation. Part of the work block "Conditions for the Emergence of Poetics" initiated by Lilia Mestre.

Choreo-graphic Figures - Deviations from the Line is an interdisciplinary collaboration involving artist Nikolaus Gansterer, choreographer Mariella Greil and writer-artist Emma Cocker. The project unfolds through two interconnected aims: we are interested in the nature of ‘thinking-feeling-knowing’ operative within artistic practice, and seek to develop systems of notation for sharing and reflecting on this often hidden or undisclosed aspect of the creative process. Herein, lies the challenge:

* How might one devise a system of notation alert to the real-time circumstances of the practicing within practice, foregrounding process and emphasizing the durational ‘taking place’ of something happening (live)?
* What forms of notation could be developed for articulating that which resists articulation, for that which is pre-articulation, or a form of representation for the non-representational?
* How can a form of notation communicate the instability and mutability of the flows and forces within practice, without rendering them still or static, without fixing that which is contingent as a clearly readable or literal sign. 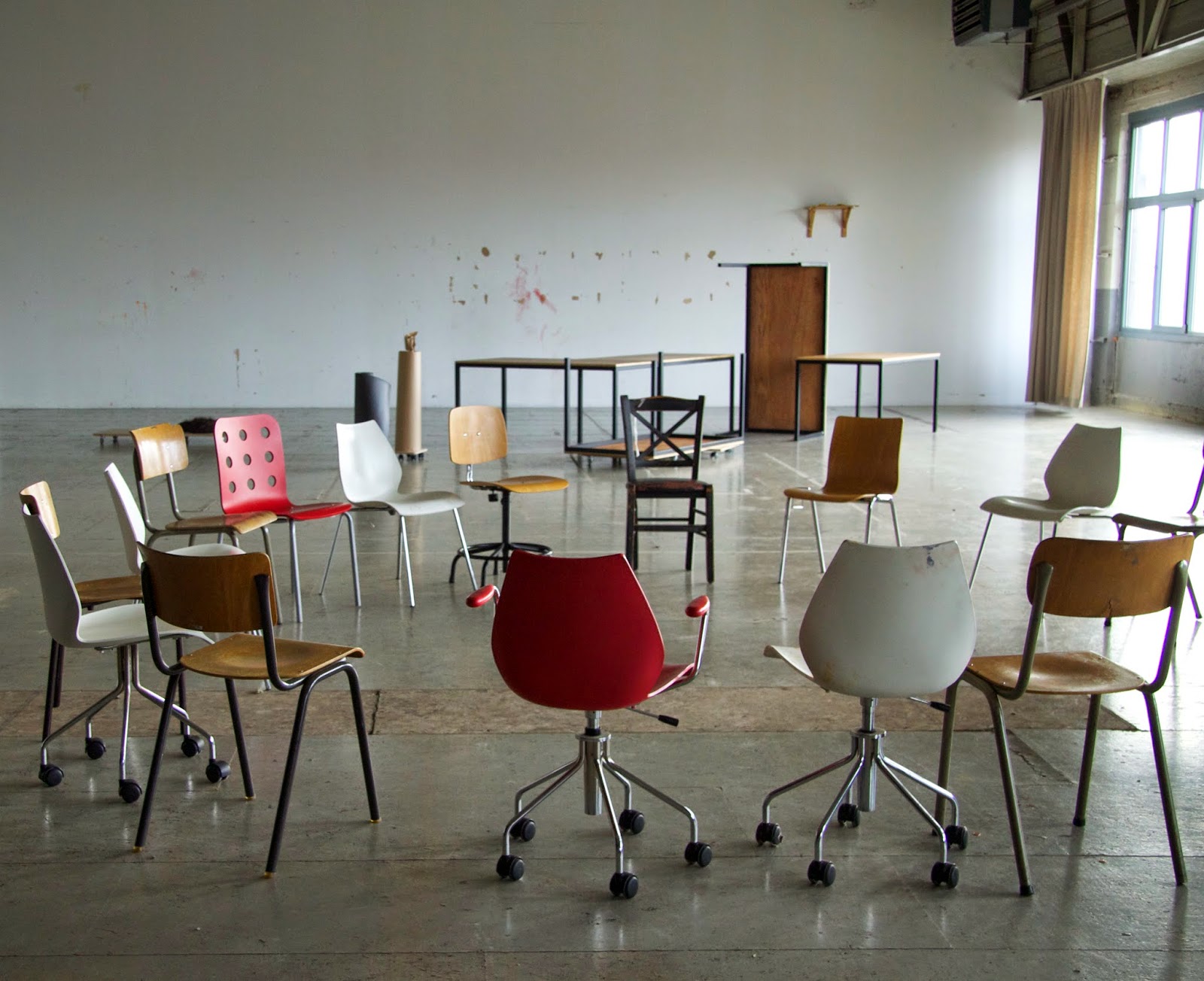 Our shared quest is both for a system of notation for honouring the process of figuring (as a live investigative event) and for “choreo-graphic” figures for making tangible and communicating these significant moments within the unfolding journey of collaborative practice. We seek modes of notation between the lines, interested in the interval or gap between the choreo + graphic, sign + non-sign, visual + textual, extensive + intensive, embodiment + disembodiment, movement + materiality, being + becoming. 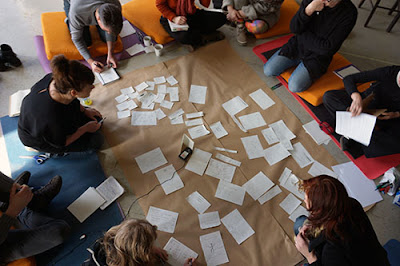 For a.pass, our intent is to share and put pressure on our recent explorations around both the ‘notion of notation’ and the ‘notation of notion’, through live investigations, presentation and discussion with students and wider publics. Specifically, we wish to investigate notation (and its related technologies) through two concepts: figure and figuring.
* The Notion/Notation of Figuring: We use the term ‘figuring’ to describe a state of emergence or experiential shift, the barely perceptible movements and transitions at the cusp of awareness within the process of “sense-making”. What different systems of notation can be developed for cultivating awareness of and for marking and identifying the moments of “figuring” within live investigative action?
* The Notion/Notation of Figure: We use the term ‘figure’ to describe the point at which figuring coalesces into a recognizable + repeatable form. How then might the performed ‘figure’ be a system of notation in and of itself?

I will be collaborating with my NTU colleague, Joanne Lee, as invited 'curators' for the forthcoming artistic research conference event, Unconditional Love, organised by SAR Society of Artistic Research, April 30 - May 1 2015, Chelsea College of Arts / University of the Arts London. More about our proposed session Care + Attend below. 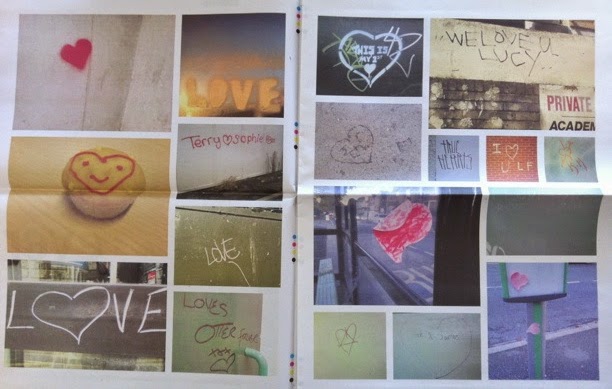 Care + Attend comprises a constellation of fragments and extracts - of different intensities and durations - where the exposition of research emerges as a poetic and performative event, generating moments of potential resonance and dialogue. This event explores the theme Unconditional Love through the principles (perhaps even methodologies) of care and attention, as applied within specific (artistic) practices of both the everyday and of the self. Beginning with the observation that both curate and curiosity have shared etymology in the term ‘care’, Care + Attend seeks to develop a research vocabulary based on receptivity, openness, fidelity, integrity, intimacy, friendship and commitment (whilst not ignoring the parallel principles of distraction, inattention, the act of closing one’s eyes or of looking away). Cocker and Lee have invited a range of artists & writers to share and reflect on their own processes, philosophies and politics of care and attention, and to present these through live performance, screenings and spoken word.

I have been commissioned to write a new text for the publication Grafting Propriety: From Stitch to the Drawn Line, by Danica Maier (Black Dog Publishing, 2015). Grafting Propriety showcases the work of Maier whose artwork follows the domestic object and drawing, with a particular interest in stitch, textiles and the decorative. Using subtle slippages and moments of detail to transgress propriety the artist questions the role of the object as well as the role of women in relation to labour. Grafting Propriety explores how textile agendas can be addressed without the use of the material, for example how textile methodology can be recreated in drawing and the drawn stitched line.

My text 'Sampler of Samplers: Repeating Repeats, Repeats', addresses various ideas around repetition. This research and writing has connections to the current work I am engaged in with Clare Thornton (as part of the project The Italic I, where we are currently working on a text entitled The Italic I: How Repeating Repeats - on the Differential and the Interval Between) and my involvement in the research project Weaving Codes / Coding Weaves where I am further investigating Penelopian labour. Below is a version of the text.

I have been invited to explore both exhibitions – Agnieska Polska and Raphael Hefti - through the prism of my own research interests, in relation to the process of practice and of ‘not knowing’. My introduction will focus around the idea of ‘Margins of Indeterminacy’ drawing also on a text I have recently produced for Camera Austria, responding to Hefti’s work in the current exhibition. A version of the text can be read below. 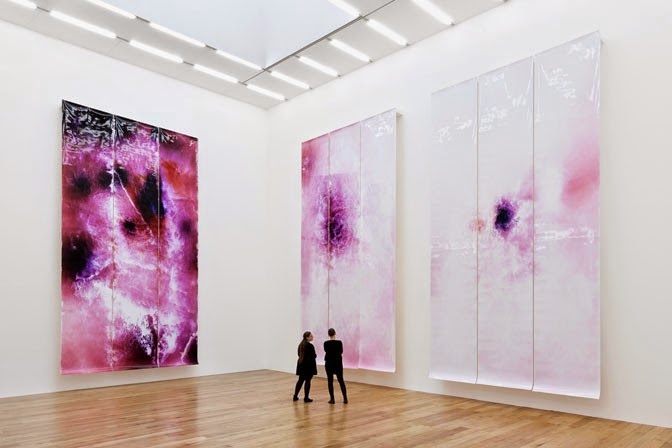