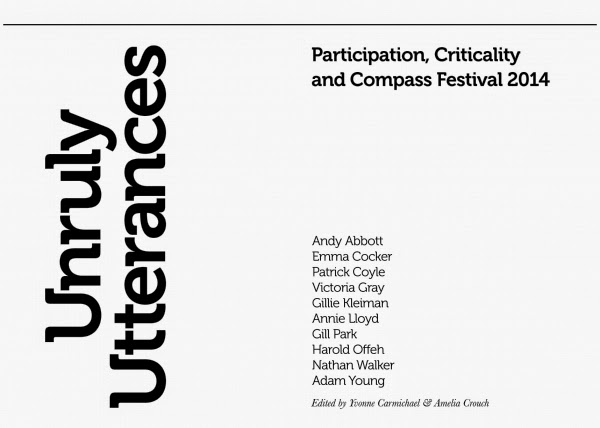 The Alternative Document, 2-3 July, Lincoln Performing Arts Centre
The Alternative Document symposium explores the relationship between event and documentation as a provocation between the text /visual record and ephemeral art practices as a negotiation between sites that are often represented as polar opposites. These sites could be imagined as a territory where the distinction between land and sea is blurred, for example in alluvial plains, where the interplay between its different stages replenishes and revives each state. Rather than prioritizing one form over another, each manifestation generates potential for further responses, creating an ongoing work. The full call for papers can be read here.

In collaboration with Clare Thornton, I am currently developing the following presentation, which has been accepted for inclusion in this conference.
The Italic I: Between Live-ness and the Lens
The Italic I is an artistic collaboration exploring the different states of potential made possible through purposefully surrendering to a repeated fall. The fall is encountered almost exclusively through its photographic document, considered less as a pale imitation of live-ness but rather as a means through which to ‘see it again’, differently. Photography repeats the live event, yet the intent is not to reproduce or re-present, as present an alternative perspective (through the camera’s capacity for ‘seeing’ faster or slower than the eye).
The live performance of falling is mediated through the lens, slowing and extending its different episodes, yet, the intent is not to capture what a fall looks like, but rather to reflect on its interiority (its ‘inner movement’ as lived experience). We seek a visual vocabulary for the invisible register of intensity or sensation within falling, the force of what-cannot-always-be-seen. Our documents make tangible an experience not actually visible in the live event; where paradoxically, the document is somehow closer to the live(d) experience than the encounter with the performance itself. Moreover, the document itself is performed live, ephemeral. Staged using slide technology as an ever-changing permutational flow, the cross-fading of non-consecutive images generates a virtual performance (a fall) that did not exist in reality, but which perhaps comes closer to the feeling-of-the-fall. The work explores how lens technologies might have the capacity to evoke a quality of live-ness not simply the visual document of life, addressing those expanded modalities of performance and performativity - those emergent temporalities and subjectivities - produced at the threshold where live and lens meet.