(Un)conference: SARN - A space to process and resonate questions of form in Artistic Research

Choreo-graphic Figures: Deviations from the Line, a proposal for a practice-based research presentation (in collaboration with Nikolaus Gansterer and Mariella Greil) that will share and stage findings from our PEEK funded research project (of the same title) has been selected for inclusion in the forthcoming SARN interdisciplinary artistic research unconference.

A space to process and resonate questions of form in Artistic Research
Interdisciplinary artistic research unconference  at HEAD – Geneva University of Art and Design, organised by the Swiss Artistic Research Network &  HEAD Geneva, ECAV Sierre , 6 November 2014 midday – 7 November 2014 midday.
Since artistic research has gained its official place in European art schools, there has been much reflection over its specific  characteristics. The aim within this 24-hour unconference is to create a space that explores the relationship between format and project in the process  of practising artistic research. How does our mode of presentation influence how our research projects resonate in their material and with their audiences? Let’s examine the question of format in its aesthetic as well as its political dimensions - reflect on the relationship between form and content - make a space where things can happen - question the epistemology of artistic research through the examination of the format as a theme: What kind of knowledge does art produce and how is it communicated? During 24 hours, FROM MIDDAY TO MIDDAY, we will all be part of a larger time-based composition where artistic research is shown and explored through diverse activities. The subject will be approached with playfulness and a willingness to experiment. The symposium encourages projects that embed questions of time and space into the research itself.

My proposed paper 'Between Close Reading and Liquid Writing: Word Slips Towards Movement and Materiality' has been accepted for inclusion in the forthcoming Word into Image Symposium,
10th July 2014: Tactic Gallery, Cork. 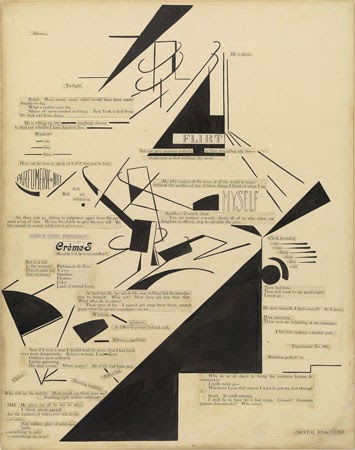 About the symposium: Poetry has long constructed itself as an interface between word and image. At the turn of the twentieth century, Mallarmé and Apollinaire’s experiments with visual poetry launched a new investigation into poetry as image, shaping an area of modernist and avant-garde interest that would develop throughout contemporary poetics. Celebrating the interdisciplinary bent of the avant-gardes, this conference will examine the point at which poetry and image meet. Taking in the long twentieth century up to and including current practices, we will invite speakers to interrogate the nature and effect of works that are both word and image.

Areas that papers might explore include: What does it mean to frame poetry as image or image as poetry?; The interdisciplinary poet-artist/artist-poet; The materiality of language; The artistic and political potentials of visual poetics; The poetics of the moving image. The symposium will take place in Tactic Gallery, Cork and will accompany the Word into Image exhibition of visual poetry. The symposium will include a keynote address by Peter Manson “In Stéphane Mallarmé’s late work “Un coup de Dés jamais n’abolira le Hasard”, the white page itself becomes a turbulent and ambiguous medium, at once buoying up words and threatening them with erasure.  For Mallarmé, the space occupied by writing had more than the two dimensions of the (rarely flat) page — a book, after all, is a volume — and every book opened onto an endless series of possible books, authorised by the infinite combinatory potential of the letters of the alphabet.

Drawing on my own practice-based investigations at the threshold between word and image (specifically the visual poetics of Close Reading and Liquid Writing), I propose to explore the affective and asignifying potential of language as it is pressured towards movement and materiality, once words shift towards the condition of still/moving image. In Close Reading, I apply close visual attention to language, looking at the materiality of words ‘close up’ through visual magnification, microscopic observation. Under scrutiny, text can be pressured into its component parts (ink/page), the legibility of a word rendered nonsensical the closer it is attended to, as writing slips towards movement and materiality. Whilst Close Reading explores the material properties of language (rather than its capacity as carrier of ‘meaning’, as sign), Liquid Writing tests the potential for fluid forms of a words-in-motion, a movement-language where fixed signs dissolve towards a condition of liquidity or incipiency. With reference to the theoretical thinking of Franco ‘Bifo’ Berardi, Jacques Ranciere, and Erin Manning, I propose to interrogate how the visual poetics of both projects subvert the fixed, transparent regime of signifying language, through strategies of asignification, incipiency and opacity.

Selected 'chapters' of the performance-lecture Drawing on Drawing a Hypothesis, a collaboration with Nikolaus Gansterer, will be presented as part of this performance festival on 10th May, 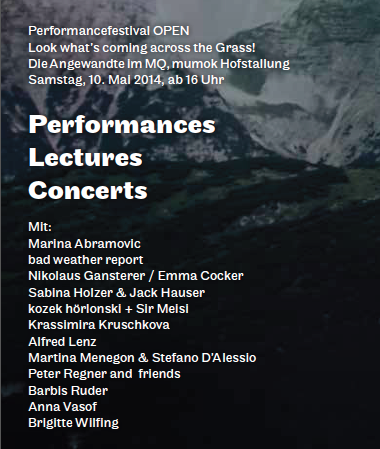 The full video work from Drawing on Drawing a Hypothesis will also be shown as part of:
Inventing Temperature,  25 June - 2 August 2014 at the KCC London / UK.

This exhibition is not about the history of science. It departs from a simple but complex question that is raised by a genealogical investigation into the particular history of science by a philosopher of science, Hasok Chang, in Inventing Temperature. What is temperature? And how can we measure it accurately? In his deconstructive investigation, Chang makes a simple but definitive move from asking how to measure temperature to questioning how the very notion of measuring temperature was invented in the age of reason. By sharing Changs strategic move, this exhibition invites ten contemporary artists whose practices have questioned the ground on which a specific notion of knowledge has been sustained. In unravelling the complex web of relations that has governed the modern system of knowledge production, these artists call the notion of science as truth-keeper into question in order to open up new possibilities for understanding the world. Moreover, this exhibition aims to expand the question of temperature and go beyond the discipline of the philosophy of science. To have a temperature is one of the most concrete signs of a living being. Therefore, rethinking temperature is to rethink the very conditions of all those living by going beyond anthropocentric perspective of the world. With artistic contributions by Nikolaus Gansterer in collaboration with Emma Cocker, Lucy Powell, Kyung Roh Bannwart, Seung Jun Lee, Hyerin Oh, Chosil Kil, Jooyeon Park, Hwayeon Nam, Suhee Kim. Curated by Jeyun Moon.