I have been invited to contribute a text to the forthcoming publication Communion (Black Dog Publishing, 2013) on the work of the British artist Ben Judd. 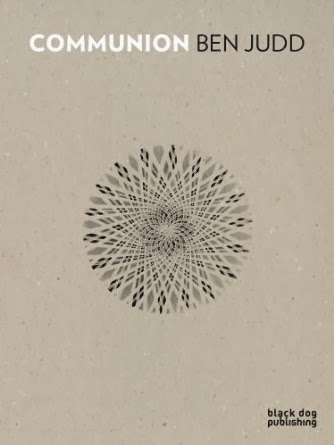 Using a distinct and wide variety of methodologies within performance and video to explore the themes of scepticism and belief, Judd concentrates on those sects and sections of society pinned to marginalised, occult or esoteric belief systems, such as witches, clairvoyants and shamans. Judd explores how the rituals of these marginalised groups and individuals can be extended into actions realised by actors (hovering between immersion and a more knowing state), and how these actions can be interpreted in moving images. Positioning himself as participant and observer, Judd engages the grey area between ritual and performance, searching for an unreachable and idealised state of community. His practice imagines a process of coming together and a unifying of purpose and belief, thereby examining the individual in relation to the group and the ambiguity of whether the group offers freedom or conformity. Comprising commissioned text and colour imagery (original photography and stills gleaned from his video work), the book reveals the dual processes of art and the occult as tied up in a seemingly never-ending quest to uncover ‘truths’, both operating in an intriguing place where nothing is proven. Art is seen as a magical process, in which objects, images and ideas become transformed through the mutual belief of the artist and viewer. The roles that Judd adopts examine this fusion of practices, often positioning himself as the initiate, at the fulcrum between immersion and separation.
Communion includes essays by Emma Cocker, Senior Lecturer in Fine Art, Nottingham Trent University; Alun Rowlands; and Pandora Syperek, Department of History of Art, University College London. 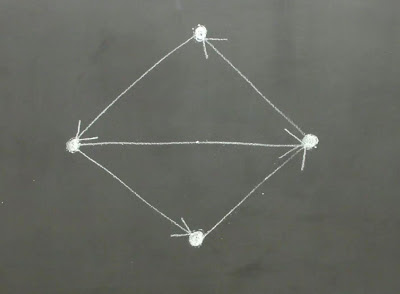 I have recently been working with Nikolaus Gansterer on a video version of our collaborative performance reading, Drawing on Drawing a Hypothesis, which will be presented as part of Nikolaus’ solo show When Thought Becomes Matter and Matter Turns into Thought, at Kunstraum Niederoesterreich, Vienna, Austria from 7 June - 31 July 2013. Video extracts will be posted here shortly. A catalogue will be published and presented at the opening with text  by Christiane Krejs, Karin Harrasser, Andreas Spiegl and Emma Cocker.  Catalogue design by Simona Koch. The video will also be shown as part of the AGORA, the Athens Biennale at the building of the former Athens Stock Exchange, Greece, 29 Sept – 1 Dec 2013

Other related links
An interview between Nikolaus and the Drawing Center’s (NY) Curatorial Assistant Nova Benway discussing the generative potential of diagrams and the Drawing a Hypothesis project (in advance of Nikolaus' show Drafts Phase III [Information Transmission - Bodies of Evidence] at the Drawing Centre) can also be read online here.