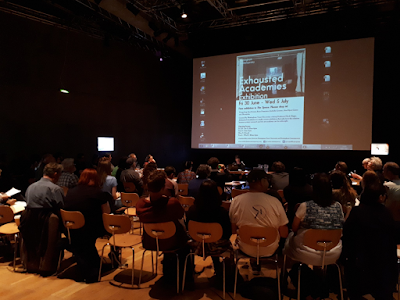 Doing Deceleration
The Space, Nottingham Contemporary
Tuesday 4 July, 2017
10am-1pm
The imperative to ‘do deceleration’ is less a call to ‘slow down’, to withdraw or retreat from the process of production as such. Instead, the invitation is to explore ways in which we might disrupt or dislodge the pressure of acceleration: the ubiquitous demands to do more and more – faster and faster – that arguably underpin our contemporary culture of immediacy and urgency,of 24/7 access and availability, with its privileging ofmultitasking, perpetual readiness and ethos of ‘just-in-time’ production. In one sense, the requirement to do more and more can result in a reality of less and less, the cultivation of superficial engagement overriding the possibility of deep, sustained immersion; diminishing the potential of attention and concentration. How does the art school or even the artists’ studio respond to or alternatively refuse these cultural tendencies? How might the space-time of the studio or residency provide an alternative model for practice, perhaps even offer the conditions of resistance? Less the reactive manifestation ofchrono-phobic anxiety, how might doing deceleration reveal rest and reflection as active components of artistic production, the practice of doing-nothing as complementary rather than oppositional to action? Here, radical deceleration does not involve the retreat towards the promise of a singular (slower) temporality, but rather has the capacity to reveal and bring into relation a plurality of micro-temporal co-incidings. Speakers include: Henk Slager, Mick Wilson, Adrian Heathfield, Finn Janning and Danica Maier. Chaired by Emma Cocker. 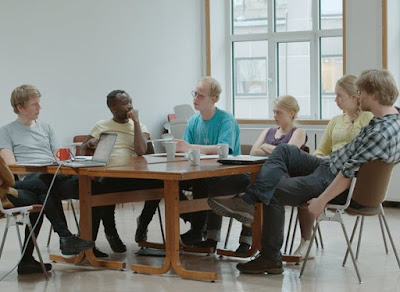 Doing Deceleration is a partnership between Nottingham Trent University ‘Summer Lodge’ and Nottingham Contemporary, programmed in conjunction with Exhausted Academies, an exhibition project curated by Visiting Professor Henk Slager (Nottingham Contemporary, 30 June – 5 July 2017). Exhausted Academies asks how might we rethink the relation between artistic research and the art academy, specifically through a critique of the ‘exhausting’ achievement-oriented and instrumentalised tendencies of the contemporary neoliberal institution, and a return to a ‘verticalist’ perspective that ‘makes space’ for attention and concentration; for experiment, novel questions and speculation; for reflexivity, new modes of imagination; for an open-ended form of differential thinking that values not-knowing, the singular, the affective, the transgressive, and the unforeseen.