Hyperdrawing: Beyond the Lines of Contemporary Art

I have been invited to write an extended essay for the forthcoming publication, ‘Hyperdrawing: Beyond the Lines of Contemporary Art’ that is contracted with I. B. Tauris for publication in 2011. The publication is the second in a series of books that began with Drawing Now: Between the Lines of Contemporary Art (2007), and is edited by Phil Sawdon and Russell Marshall (TRACEY – Loughborough University). Whilst, Drawing Now focused on what drawing can be (what it might encompass in more abstract or conceptual ways, by demonstrating the contemporary use of the relatively traditional materials associated with drawing), Hyperdrawing intends to extend into the use of other materials including time, space and sound to challenge the assumptions of what drawing is or might be. The prefix ‘hyper’ qualifies something as being 'over', 'above', 'beyond' and usually implying 'excess' or 'exaggeration' or 'more than normal'. This publication will consider aspects of drawing that exceed predictable expectations of what drawing might be - conceptually, visually and as importantly technologically. 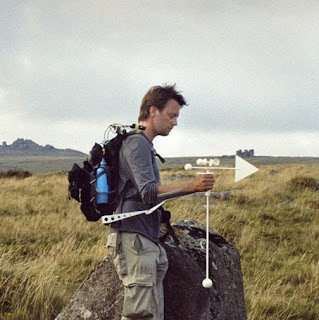 Below is an outline of my proposed essay

This essay approaches the concept of ‘hyperdrawing’ as a particular species of hyperactivity or restlessness, a ceaselessly unfolding or agitated practice that appears reluctant to be wholly stilled or settled, that instead remains perpetually unfinished, unresolved, ‘eternally incomplete’ (Dexter, 2005). Restlessness describes an acutely sensed comprehension of the infinite and immeasurable permutations or possibilities within a given situation, signaling a refusal or indeed failure to commit to any singular or distinct path of action or system of thought. Seemingly non-committal, restlessness is nonetheless a commitment to the promise of potentiality, a desire for things to remain undecided or open-ended, to not be too quickly closed down. By persistently attempting to resist or remain beyond the grasp of various systems of capture or measure, restlessness emerges as a critical method intent on preventing complex (human) experiences from becoming reduced to any single or stable position, from being fixed or simplified. In this essay, I want to explore how the act of drawing corresponds to or encapsulates a particular restless state or sensibility, that can in turn be seen as indicative of an emergent form of critical subjectivity or subject-hood, the point where a body becomes activated or animated by nascent thought. In these terms, drawing can be understood to operate in an analogous way to thought – not to pure intelligibility or rational reasoning, but rather to the more uncertain and inchoate space-time of thinking itself; to deliberation, to a state of critical human self-consciousness. The essay will approach the concept of hyperdrawing by elaborating on how restlessness can be considered as a critical and potentially dissident practice that finds a specific form (or rather ‘form-giving’ force) within the act of drawing. In some senses, the essay proposes to embrace restlessness as part of its own methodology – where the work of various artists provide points of provocation or interlocution prompting and indeed enabling a meandering conceptualization of ‘the restlessness of the line drawing’ to emerge.

In the first instance, I propose to explore the connection between restlessness and forms of physical wandering, and the relation to drawing therein. Within certain art practices, the act of drawing performs the role of both follower and followed, having the capacity to simultaneously lead and trace the errant trajectory of the artist’s body. Here, drawing might correspond to an event having already taken place in the past, to one that is happening (live) in the present or in anticipation of some future moment yet to come. The drawn line has the capacity to function as both itinerary and residue, as instruction and evidential record. The line might be used as a proposition that promises towards some future event or performance, as the primary event of the drawn line is repeated, followed or used as a score for a second inscription, where the entire body of the artist replaces the moving pencil’s point, its graphic mark becoming a life lived out in three-dimensional space. Alternatively, the moving body of the artist can be seen in more analogous terms, where their restless movements become drawings performed in time and space beyond the realm of the blank page, scoring the surface of more expansive terrains, carving invisible lines across the ground of a specific landscape or location. Or else, drawing becomes used to capture the ephemeral act of wandering itself – in fleeting scenes unfolding and then disappearing before they have begun to fully form, of faltering footfall rendered palpable as a quivering scribble or GPS line. In these terms, the restless line is conceived perhaps as an endlessly unraveling trajectory, active and always in motion, ad infinitum – akin to the trace left in the wake of a rolling stone.

However, restlessness might also be conceptualized as a state of oscillation or vacillation, no longer describing the unfettered meanderings of a nomadic line moving ever forward, but rather its ricochet between various points or positions, an endless performance back and forth, to and fro. The drawn line emerges somewhere between hand and eye, observation and imagination, imitation and invention, between internal and external forces or pressures, somewhere between self and the world. Drawing involves a mode of attendance or attention to these different and often competing forces; moreover, an intuition for knowing when to yield and for recognizing when to assert control. Our own experience of being in the world can equally be thought of in terms of these interrelations and co-dependencies. Drawing then, articulates the subject’s capacity for affecting and of being affected by other things, in turn evidencing the very contingent nature of subjectivity itself. The experience of the subject and also of drawing emerges as a consequence of a social encounter or interaction with. The oscillation or vacillation between different positions (of responding to and indeed producing different pushes and pulls) creates the dynamic of movement that operates as a form of desirable friction, wearing or worrying a gap or interval between the terms of one thing and another. By endlessly moving between, drawing attempts to leave or indeed make space, creating germinal conditions within which something else – something new or unexpected – might emerge, exceeding the terms of what is already known. Here then, hyperdrawing describes a practice of endless oscillation, a restless line intent on producing the possibility of the unexpected, unanticipated or hitherto unknown; that which is somehow hyper –  ‘more than normal’, ‘in excess of’, ‘over’ and ‘above’ what could have been conceived or planned for in advance. Hyperdrawing is thus a practice performed along the limits of the comprehensible or sensible; it is that which (by its nature) attempts to resist or exceed existing definitions or expectations.