I have had such plans before ... 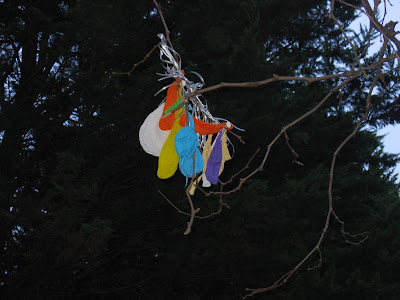 Operating under a working title 'Not Yet There' my current research has emerged out of an ongoing archive of photographic images and short pieces of writing beginning in the 1990s. These visual and textual fragments relate to ongoing reflection and speculation about ideas connected to irresolution, failure and anti-climax; aimless wandering and spatial practices; restlessness and indecision; seriality and repetition; camouflage and formlessness; boredom, waiting and hesitation; as well as reflecting on the absurdity of encyclopaedic modes of definition and knowledge construction, and the difficulties of translation between textual, visual and cognitive modes of representation. The archive functions as part of a practice-based research methodology for the development of other writing about and as (art) practice; where an attempt is made to recover or recuperate a critical value for states of feeling or of the subjectively felt. The archive operates as a constant visual 'reminder' or residue of a thinking process where ideas emerge (at times unexpectedly) at the experiential interstice between self and the world; in the gap between what is 'real' and what is imagined, between the 'as is' and the 'as if'.

The archive has developed into a body of ongoing research that is concerned with, underpinned by or is at least drawn to particular recurrent ideas or concerns, certain theories and practices in relation to: wandering; waiting; hesitation; the notion of the fray; the endless quest; acts of following, getting lost or being led astray; repeated or Sisyphean tasks; failed attempts; deferred arrivals; indecision; the pleasure of unrewarded pursuit or search; the absurd or impossible obligation to a rule or arbitrary logic; the trace in a gesture of both criticality and compulsion; the desire for and fear of forgetting everything and starting all over again; foils and Macguffins; tangents and diversionary tactics; survival strategies and the potentiality of boredom; the partial and the provisional; the contingent and the unresolved; encyclopaedic systems that somehow slip out of sync; the idea of theory as a form of fiction, a way of telling tales; the lure and terror of the unknown; makeshift means for making sense of one’s place in the world;feeling overwhelmed, the experience of deflation and the event of anti-climax.

I suppose in many senses, my recent research and practice returns to some of the ideas that I was exploring during the 1990s, even as an undergraduate student. During this period (mid 1990s) my work focused on the difficulties felt in trying to translate feeling into a readable system of signs or langauge, and of both a desire and the failure to speak of the less definable elements of emotion and experience - desire, pain, boredom, restlessness. Early work such as 'Non-dictionary of Desire' employed anti-encyclopedic structures based on the random collision of text and image, whilst later work such as 'Desire to Know', presented small and urgent actions as a looped and endless cycle of failed searches and endless quests. I guess I was interested in trying to recuperate meaning for a particular language of desire or sensation or affect even, through performative works to camera - urgent searches for something which never find what they are looking for, and are forced to begin over and over, again and again.