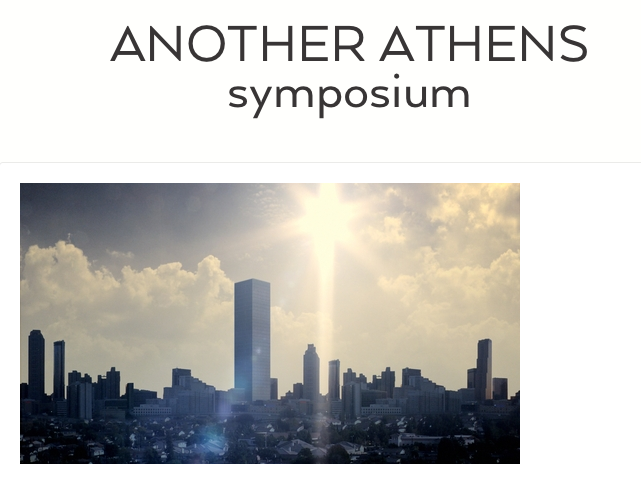 City as a phantom, a vanishing point, a translucent archipelago.
Another city, unlike any other.
A shadow of a collected thought, a tactile memory constructed in grainy aggregate.

This one-day interdisciplinary symposium invites speakers to investigate the city, its space(s) and how its people interact with it on a daily basis: the city as a score, the imaginary city, strategies of drift and assemblage. The range of speakers, from within and without the arts and literature, will reflect the rich polyphony of views which span experience and interpretation of the city.

The symposium, organised in conjunction with Forest Centre+ & Interview Room 11, is an annexe of the wider project  Another Athens, which is a collaborative multi-platform project that explores the experience of the inhabitants of a city informed by their personal attachment to a place in the context of its intellectual and cultural heritage. The project consists of a text-based collaborative art work that will be translated into both an online interactive structure, and a gallery-based exhibition with building projections, accompanied by an artist film screening, a symposium and an artistic exchange initiative between artists and writers in Edinburgh and Athens, Greece.