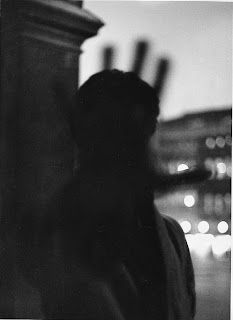 Returning to New York University, where the first PSi conference was held in 1990, PSi #13: Happening/Performance/Event will ask questions of performance studies’ history and futurity. The invocation of the happening gestures to practices that emerged in the 1950’s as a mode of Avant-Garde performance as well as the critical approach developed by Michael Kirby for describing it, which are key terms for Performance Studies. The event has been theorized as an interruption that represents the not-yet-imagined new. This conference will comprise plenary sessions, panels, and presentations, in which contributors will engage the happening and the event and their key relationship to the history of the field. Scholars, artists, activists, and writers will come together to discuss, debate, and perform different incarnations of its history and to consider the horizon of its future. Performances will happen on campus, in the Department of Performance Studies’ Happenings Lounge as well as throughout the city in association with PERFORMA ’07. Over 400 participants from a range of countries will be attending this event.

Abstact
In this paper I want to explore how the notion of errance – a form of Surrealist automatic drifting or wandering that emerged in the early 1920s - can be resurrected, and recuperated as a critical precursor of performative practices from the late 1950s onwards. At a formal level the practice of errance can be positioned as a part of a tradition of politically resistant spatial navigation or urban geography – where the Surrealist events of the early 1920s can be seen to anticipate the Situationists’ deployment of the dérive as a means to reflect the pedestrians’ experience of the city. Alternatively the notion of collective wandering or the search for the ‘everyday marvellous’ re-emerges as part of the vocabulary of Happenings and early conceptual work; where for example, it is evoked in Allan Kaprow’s description of the ‘Guided Tour or Pied Piper Happening’. However rather than conceptualising a trajectory of practices that share a ‘likeness’ with Surrealist errance, my intent is to approach it from a different perspective that resonates more with the ideas of this conference. More than simply a form of Surrealist automatism; a precursor of Andre Breton’s objective chance, or a symptom of psychologically driven compulsion-repetition, I want to present a case where errance can be understood as a form of proto-conceptual practice or pre-Happening: the moment where innumerable contemporary motifs and critical strategies emerge. In one sense, Surrealist errance operates as a model of purposeless repetition, according to the relentless obligation to a rule or system that is absurd, arbitrary or somehow undeclared. Errance thus presents an early paradigm of non-teleological performativity, for its searches are forever unrewarded, its goals always deferred. Alternatively it could be understood as a tactical process of declassification; where at times the relationship between self and other; body and environment, or between art and life becomes blurred through the performative possibilities of ludic role-play or the tactic of following another. Focusing on the nature of the categorical slippage created by the gesture of following within both Surrealist and contemporary practices, I am interested in how this ‘blurring’ can be read as a form of camouflage, rather than as true dissolution or non-differentiation: where it can be understood in both critical and compulsive terms as either a moment of existential crisis or as an experiment performed according to predetermined rules of the game.