Re - was a performance reading developed collaboratively by Rachel Lois Clapham and Emma Cocker, to mark the launch of the publication RITE, at PSL (Project Space Leeds) on 26 March 2010. 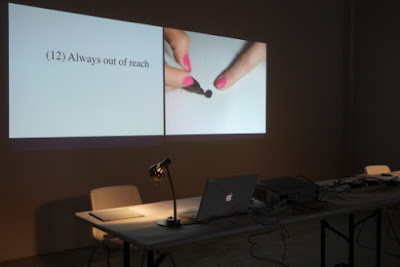 Re-
Drawing on Emma Cocker's Re: Writing 1993-2009 as a point of departure, Re- is a collaborative reading where Rachel Lois Clapham and Emma Cocker repeat, rework, rewrite, reread and react, whilst responding to and relocating ideas generated from, through and in relation to RITE. The reading presses on two writers - and two writing practices- coming together, whilst focusing on the tension between the improvised and rehearsed, and on the play between the visible and invisible, or public and private states of not knowing within the performed act of writing.

The disparate fragments of documentation (below) reflect upon different elements of Re-, intimating towards the potential for further (re)iterations or versions of the work, the possibility of future (re)adings. 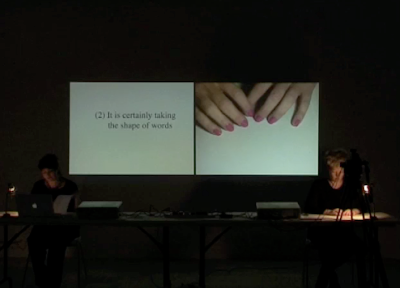 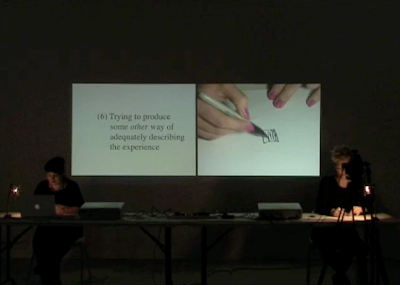 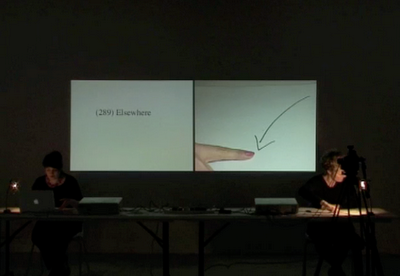 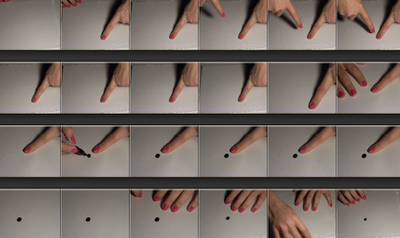 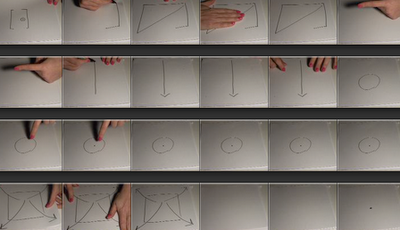 Documentation: Screen grabs from the video (detail) from the performance reading Re-

Documentation: Video excerpts (detail) from the performance reading Re- (2010)

Documentation: 'Script/score' from the performance reading Re- (2010)